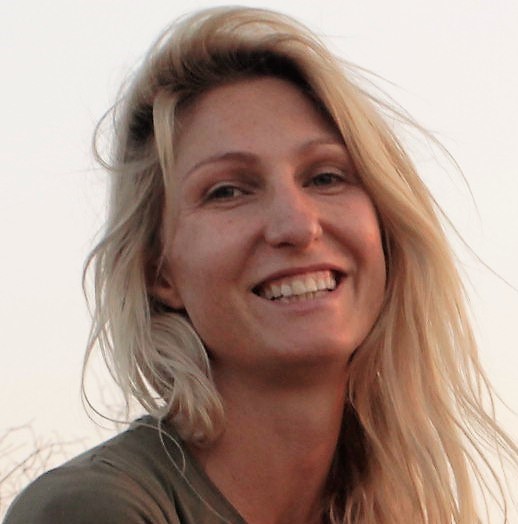 Conservation and wildlife filmmaker Cherique Pohl founded production company Global Conservation Impact to make films that inspire people to conserve wild places. The Global Conservation Impact team recently tested the flowtech®75 tripod and other Vitec equipment on a grueling seven-week trip through hot, dusty Southern Africa. The compact, lightweight, easily maneuverable flowtech®75 not only lightened their load considerably but allowed Cherique and her team to capture elusive shots they otherwise might have missed.

Global Conservation Impact exists to support organisations, scientists, investigative journalists and others on the front line of conservation to take their stories to a much larger and diverse audience. From palm oil to people living with wildlife, oceans pollution to illegal wildlife trade, the team finds the hidden stories - crafting them into films whether it’s a 50-second clip for Instagram or a full feature-length documentary.

flowtech®75 is just an unbelievably valuable bit of kit to have with you when you're a small team working under punishing conditions in grueling landscapes. There is no way that this expedition would have been possible without the flowtech®75 and other Vitec Group equipment - and what a luxury to use!

Global Conservation Impact s’ content covers the globe, so its people travel the world. The places are remote, the crew small, the trips can last for weeks, and the workdays are long and often grueling. Because many of the stories involve wildlife, camera crews must be on foot and be able to move fast, because if an animal moves before they set-up, they’ll miss the shot. Some stories are also filmed in remote communities far from civilisation and barging in with big cameras and too much equipment might well affect your story in a negative way. For all those reasons, the equipment must be lightweight, small, durable, and easily maneuverable. "Usually a small, light tripod meant wobbly shots, but with the flowtech®75, we were able to have it all whilst retaining our high production values.” Cherique commented.

The Sachtler brand has been an industry favourite since Cherique started in television and film, so ConservationDocs relies on Sachtler and other Vitec Group brands for much of its gear.

Recently Cherique and shooting director Robert Wilcox were about to embark on a seven-week expedition to southern Africa - a trip that would take them 5,200 kilometers in a four-wheel-drive truck with a roof tent, stopping at wildlife and conservation projects along the way. An equipment rental company recommended the flowtech®75 tripod as an ideal choice for those conditions. Cherique contacted Sachtler and requested a trial, and Sachtler happily obliged.

“I mentioned that the trip was for nature conservation, and I was blown away by the response, Sachtler even invited Robert and I to visit the new UK-based Bury St. Edmunds production facility, where we got to meet the team and see how the carbon fibre tripod is built. We had a wonderful experience with everyone, and it made me feel like I want to be part of a team like that.”

On the Southern Africa expedition, the team tested the flowtech®75 using an Ace XL fluid head, with a Sony A7S Mark II camera, and a Wooden Camera A7 PRO accessory kit and rig.

The Wooden rig carried an Anton/Bauer Dionic XT V-Mount battery along with radio mics. The Dionic battery was put to the test as well, powering multiple devices on the rig, including the camera and a SmallHD 500 series monitor. With the longer lenses Cherique sometimes used, the system weighed about 7 kilograms - a bit heavy - but the payload was no trouble for the flowtech®75 tripod. Also by having the peace of mind that the team will not run out of battery, even if out filming for the whole day, proved invaluable.

To say the working conditions were “extreme” is probably an understatement. Cherique and Rob worked in the blazing sun - amid temps in excess of 100 degrees Fahrenheit - and unrelenting dust. They had to pack up every morning and unpack every evening to settle into their tents, then do it all again the next day at the next location. Enter the OConnor AC bag. Thanks to its dustproof, all-weather design, the bag kept all of the gear clean and protected from the damaging dust in the extremely dry conditions, while also ensuring everything was easily and quickly accessible.

Some scenes required the team to split up and Cherique and Rob filmed together. Either way, there was a lot of equipment for just one or two people to carry.

“One day I carried the flowtech®75 for five hours in the heat of the day to get a shot of a lioness. Ordinarily, my shoulder would have been throbbing from the weight of the gear, but I got back to the car with the mission behind me, and I really didn't feel like I had been carrying the tripod for that long. It's just an unbelievable, valuable bit of kit to have with you when you're a small team working under punishing conditions in grueling landscapes."